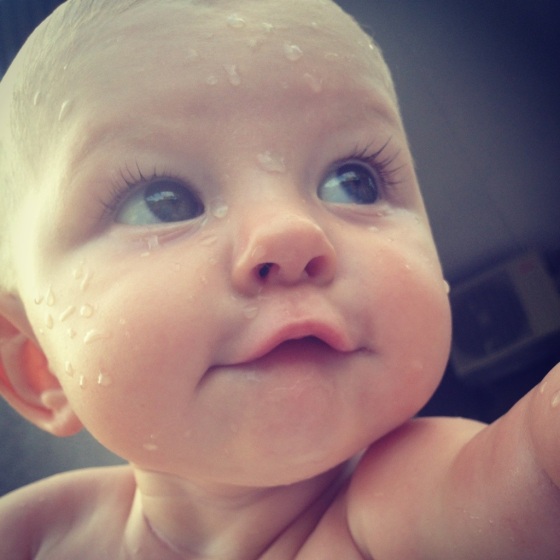 I have no idea what’s going on today.

After our third rough night in a row, Ayla has spent literally all day grizzling and whinging.

It’s so unlike her, and because of that I don’t know how to handle it!

Ayla’s been off her milk, refusing to nap and cries whenever I go out of sight, but she has no temperature or symptoms of any kind and even picking her up hasn’t comforted her.

I guess it’s teething but I can’t feel anything underneath her gums… Surely if she’s this bad they’d be nearly breaking through?!

Don’t get me wrong though, Ayla hasn’t been a nightmare under certain terms, but compared to her normal state of happy she’s certainly been Grumpy Smurf.

I desperately hope she’s better tomorrow, although for now I’m simply looking forward to an hour of no noise and no squirming baby in my arms.