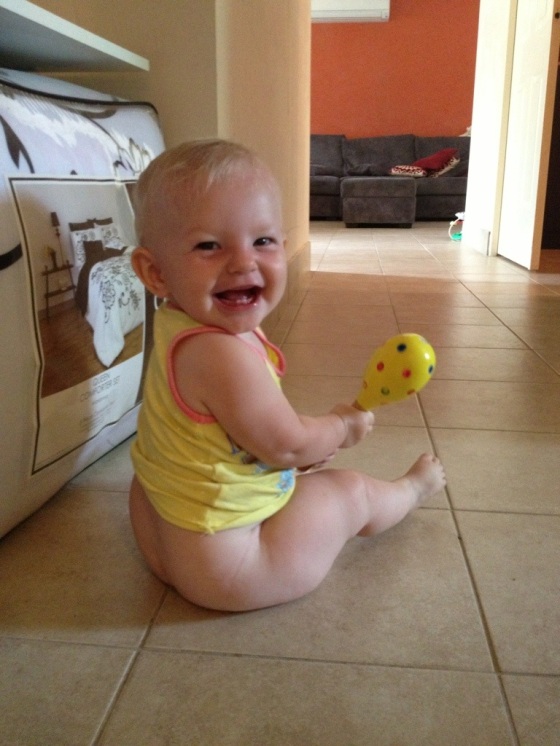 I’ve been researching ways to get a baby to nap when they’ve just learned how to crawl/stand/sit, and the general consensus seems to be; “good luck”!

Thankfully Ayla’s night time sleeps are starting to improve, slowly and irregularly mind you, but getting Ayla to nap during the day has become a nightmare.

They say it’s because Ayla’s just learned so many awesome new skills she’s simply hyped up and wants to keep using them all the time.

So I guess it could be akin to and adult discovering a cure for cancer but being told to go to bed… Yeah right!

I think there might also be a knack to the whole “feeding solids” thing that could be impacting on Ayla’s nap times.

Now that Ayla is starting to eat more food I find myself worrying if she’s getting enough and wondering if she can’t sleep because she’s still hungry.

At the moment I just keep giving Ayla different types of food until I start to see more of it on the floor than in her mouth, but how do I know if Ayla’s throwing the food away because she’s full or because she doesn’t like it?

I guess it’s all just another matter of trial and error, and of keeping fingers crossed, until Ayla finally gives up the fight and gets back into a rhythm again.