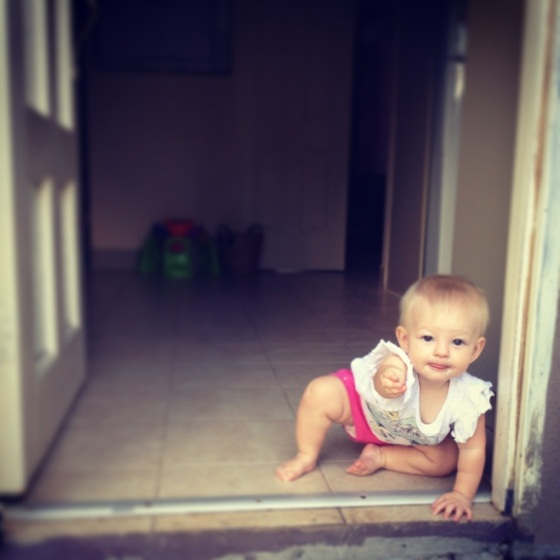 I finally did it. I finally crossed the blurry line between blogging and bragging by entering Baby Ayla in a photo comp.

I guess most of you haven’t even batted an eyelid at this statement though because you figured it was only a matter of time before I subjected Ayla to a public vote!!

But it’s not just me who thinks Ayla’s adorable! Is it?!

I’m hoping that Ayla’s fan club (Ayla’s Angels I like to call you) will help her gain recognition as the cutest baby in Australia and if not well, we all know she’s awesome anyway!!

The Bonds Baby Competition is one of the biggest in Australia and there’s five People’s Choice awards up for grabs!

So please cast your vote!

It only takes a few seconds and its easy to unsubscribe from the mailing list afterwards if you want too (but Bonds do have some great online sales!)