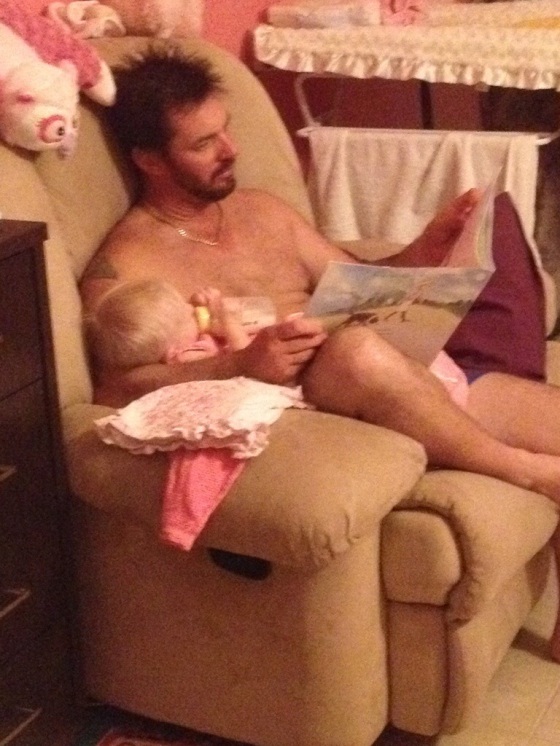 The only thing I can attribute it to is the bottle of diluted cows milk she had at bed time and the zzzz’s were like music to my aching tonsilitis ears.

Mind you, that doesn’t meant I slept for 10 hours even though I did go to bed at 8pm when Ayla did.

No, instead I was up half the night nursing fever, chills, pain and killer night sweats.

But still, is it a new leaf?! Have we found an answer for a full night’s sleep? Gosh I hope so.

Even better than Ayla’s overnight sleep was her three hour nap today, which I took FULL advantage of by spending it sound asleep on the couch.

I had the day off work and wasn’t sure what to do with Ayla, whether to get up early and take her to day care like usual, or let her (and me!) sleep until we were ready the take the day as it comes.

I chose the latter.

When she woke at 1.30pm I opted to take her to day care so I could continue my wallowing in peace, but alas I felt so guilty for dropping her off while I was at home the sleep I drifted into was fitful.

Never mind. Another early night, 10 hours of uninterrupted sleep and a good coffee in the morning and I should be right! (Touch wood).