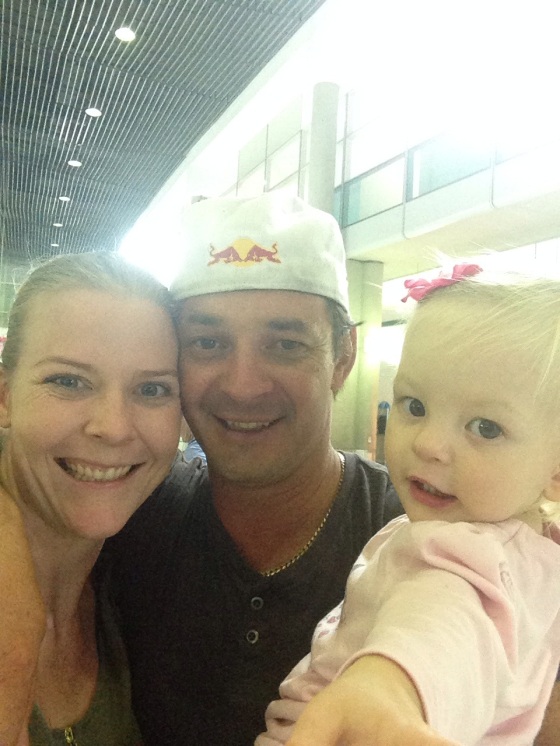 Ayla was reunited with her Daddy tonight, when he flew down to join us in time for Ayla’s procedure.

Hubby asked that I didn’t say anything to Ayla about picking Daddy up as we headed off to the airport, but I did accidentily mention it to her yesterday and since then every knock at the door or sound upstairs has had Ayla pointing and saying “Daddy?”

We got to the airport early and waited at the gate. Ayla was restless by the time people started disembarking and she was wandering around excitedly, dodging legs and carry on baggage as they hurriedly headed for the baggage collection area.

I saw Hubby well before Ayla did, and he squatted down next to her. Ayla stopped in her tracks and stared at him; studing his face as if to work out whether he was real or not.

Then it clicked. Ayla ran the last two steps towards her Daddy and threw her arms around his neck, refusing to let go. Ayla kept looking back at me, smiling, then patting her Daddy’s face as if to say
“Nawww Mum! Look! Daddy’s actually here!” – so cute.