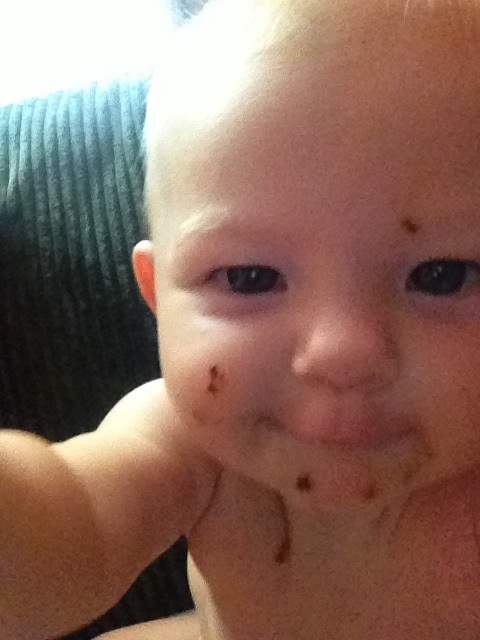 Ayla and I ventured out to the shops for supplies today…. We’re in for the long haul.

It’s been two weeks and still Ayla’s nappy rash hasn’t cleared. We’ve been back to the doctors a couple of times but she assures me we’re doing everything we can.

So, in order to get some sort if normality back I stocked up on baby undies (I think they’re supposed to be nappy covers) and a couple of t-shirts.

Up until now I’ve mostly dressed Baby Ayla in pretty little frocks, but a shirt and undies are much easier for on-the-go changes now that Ayla’s nappy-less.

And of course Ayla was a good girl so she got to pick out a toy as well… It’s really not hard to spend a hundred bucks when your shopping for baby!