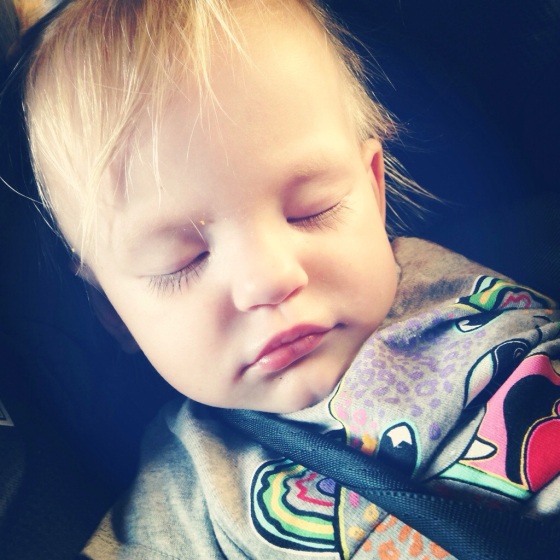 When I walked into day care this afternoon the ladies exclaimed “Ayla is so much better!”

I was surprised at first, mainly because they’d looked at me like I was a neurotic hypochondriac when I explained we were going GFCF… only four days ago.

After the surprise wore off I was curious to understand why the day care ladies thought Ayla was “much better” when they’d obviously already thought she was fine before.

In fact they’d said to me numerous times, like countless other people have too, that Ayla was such a happy, healthy, social little girl they didn’t think I had nothing to worry about.

So after a bit of investigation I discovered that Ayla is now, suddenly eating more, sleeping better, drinking more water, has found endless energy and is developing even more each day than she was before.

And Hubby noticed the same thing too, after only being home a few minutes this afternoon.

The change is Ayla is hard to explain though. On top of the physical differences we can describe, Ayla seems… Brighter. More of herself.

It’s only early days of course and we’re by no means counting our chickens, but if definitely looks like we might be on to something, in terms of the tummy troubles at least.

Ayla’s been having tummy problems lately, along with a few other things I won’t go into here, and in order to rectify the situation we’ve been told to eliminate all gluten and dairy from her diet for at least one month until the exact cause can be identified and treated.

It’s going to be a tough month (what on earth do you feed a GFCF child?!) but Hubby and I feel very supported by Ayla’s day care centre, our friends and family.

Ayla herself seems unfazed. We’re putting a lot more fat into her diet too at this stage so she’s stoked, and Ayla sucked back her almond milk bottle tonight like a marathon runner sucks in air!

As we know, motherhood is full of ups and downs and diversions, and this blog is about sharing that; the good and the not so good, so stay tuned!