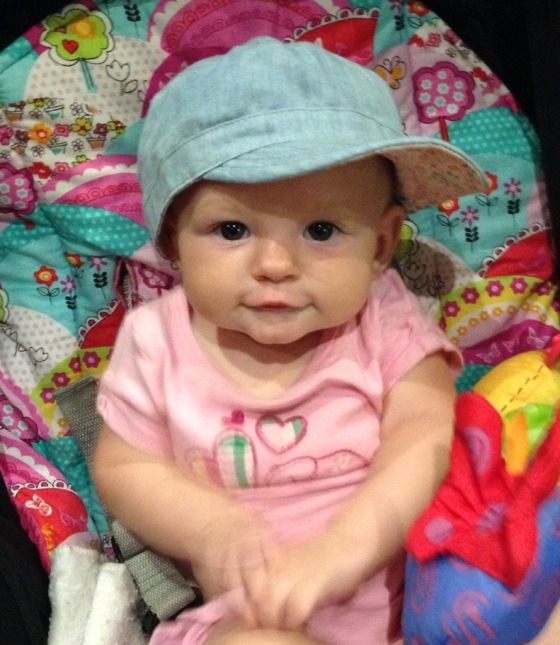 Ayla’s going to be one of those kids who always wants to do it herself.

Like with food, for example; Ayla loves food but she won’t eat it unless she can hold it herself.

I think that’s why she’s gone off puréed baby foods – because I won’t let her hold the spoon for fear of flying blobs of mashed pumpkin.

And it’s becoming the same with toys too.

If I try to give Ayla a toy she won’t take it, but if I put it down nearby she’ll reach and squirm until she can grab it herself.

I’ve also noticed that anything I have suddenly becomes Ayla’s strongest desire – my wallet, keys, coffee – if it’s in my hands Ayla will drop what’s in hers in an attempt to get at it.

I’m so amazed and overwhelmed at her independence, her will, her attitude.

Ayla’s full of personality and its growing every day, right before my eyes.