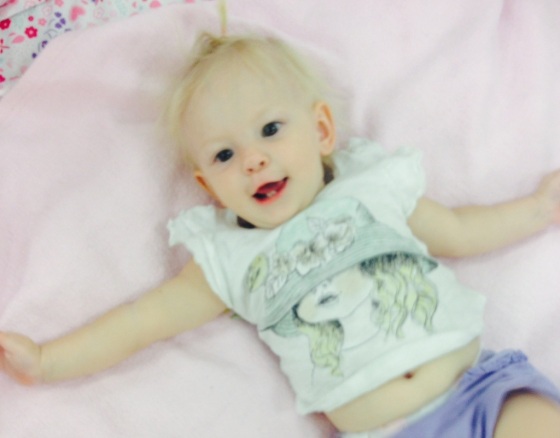 It occurred to me today that children of Ayla’s generation are growing up with a new legendary, fantastical role model to believe in; Siri.

Ayla worked out how to “use” the telephone weeks ago and has near perfected the art of holding it to her ear (albeit around the wrong way), but in just the last few days Ayla has discovered Siri.

At any chance she gets Ayla starts pushing the big round button on the front of mine or Hubby’s iPhones.

At first it started with Ayla just enjoying Siri’s pretty little beep followed by a few robotic questions, but today I caught Ayla trying to talk back!

I remember not too long ago when we had to use our laptops to access the internet and we thought that was convenient… But now everything is literally at our finger tips.

The world is definitely very different to what it was when I was a kid, and although I’m nervous about what it will mean for Ayla I’m excited to see what it brings.

Baby Ayla in hypo mode: squealing, then grabbing the camera and trying to eat it.

She didn’t mean to of course, but she’s so fascinated with my phone that she’ll grab it at any chance she gets!

I always said I’d never use technology to entertain my babies, but I’m learning that its less a matter of choice and more an unavoidable part of modern childhood.

In the early days of Ayla I was vigilant in keeping my phone out of sight, but as Ayla grew so did her neck muscles and she began actively searching for the bright little screen in my right hand.

Now at six months old Ayla can not only hold my iPhone, she knows which side to put her fingers on to make the colours move.

Get with the times publishers! First words are old school… First FB statuses are much more relevant. 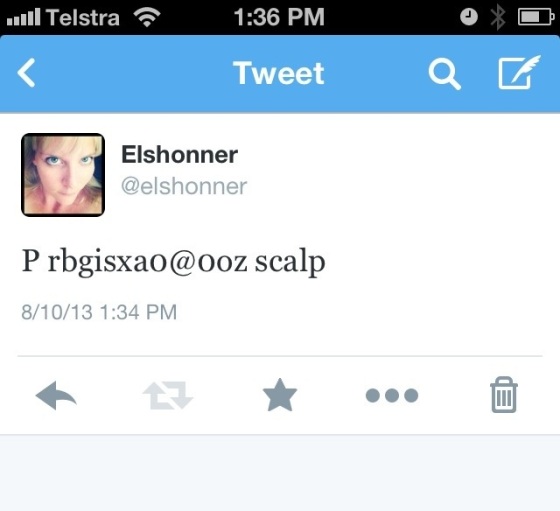 But it’s clear that Ayla loves the camera as much as I love using it.

If there’s an iPhone around (does the simple camera even exist anymore?!) Ayla looks directly at it, stares and pouts.

I actually have to sneak up on her to get photos from different angles, or I take so many photos that she eventually gets bored and looks away.

It means that documenting these early days and recording the special moments has been easy and rewarding.

Hubby and I plan to raise Ayla to be comfortable in her own skin, proud of who she is, and confident to just be herself and we hope she’ll never be shy to smile and say cheese!