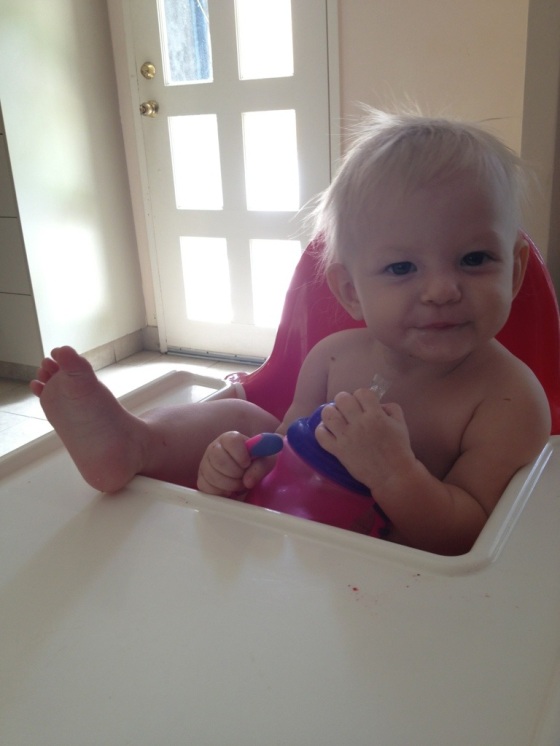 Ayla has just started pointing at things with her index finger.

No scrap that, Ayla’s has just started pointing at everything with her index finger.

Up until now Ayla’s shown an interest in things by using her whole hand and arm in a sweeping motion, similar to what you’d expect from a 15th century thespian reciting a monologue to his imaginary kingdom.

It was cute because it was as if the whole world was amazing to Ayla, and everything about a situation or environment was wonderful.

Ayla also used to compliment her sweeping point with a “buh” sound, kind of like “book” but without the “k”… I thought she might have been trying to say look!

But over the last 24 hours Ayla’s taken pointing to a whole new level.

She now uses her only her index finger to point, and instead of showing wonder in the bigger picture Ayla now singles out one small aspect of what’s before her.

Ayla has also introduced new sounds to her pointing, using any one of the many choices in her vocabulary that include mah, bah, kae, da, duh and ah instead of the obligatory “buh”.

It’s still cute but much more grown up, and I can see it won’t be long before Ayla and I are having full blown conversations.