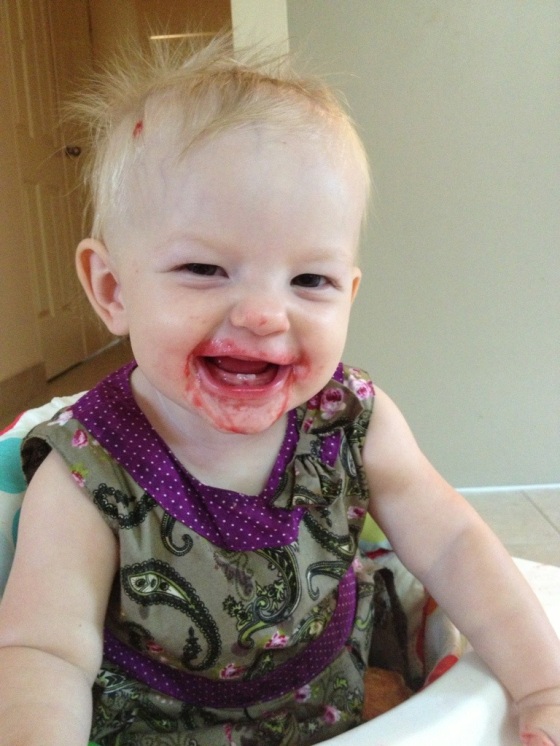 I’ve decided that for next Halloween Ayla should dress up as a vampire because she looks so cute with blood all over her face.

Now don’t be alarmed, she didn’t get an injury or anything, and to tell you the truth it wasn’t even really blood, but there’s no denying she can pull it off right?

Now that Ayla is properly eating food (instead of just making a mess with it) but she’s hungry all the time!

So today while I was baking piklets for Ayla and she was constantly under my feet, ramming my already bruised ankles with her walker, I had an idea to put some frozen raspberries in her food net to see if that would keep her quiet.

It did, and it also resulted in everything turning a lovely shade of pink, including her hair.

Ayla had a ball, she must’ve loved the cool fruits on her sore gums and the tart tastiness of the berries, not to mention the truly spectacular mess!